I started pursuing vocational ministry at a young age, right out of high school. And I was officially ordained for pastoral ministry nine years ago. I still draw looks of sympathy and shock when people find out I am a pastor at Faith Baptist Church. All that to say, I am still a young man. Thankfully, we have more young men desiring ministry and serving in different churches and organisations.  I have received numerous warnings during my time in ministry to watch my life and doctrine. “Be wary of the three big sins; pride, sexual scandals and love for money.” They would say. Of the three, greed for money and sexual immorality are emphasised partly because they are often prominent and easy to notice and prove. Pride, however, is harder to prove. Have you ever tried to confront a proud person about their pride? Or do you remember your response the last time you were confronted about your pride? You get my point, right? While what I say here can be true of everyone, my focus will be on the young ministers (both in age and newness to pastoral ministry).

The pride of Impatience

Youthful zeal and vigour are the blessings young people possess in abundance. They have the strength and always boiling to get things done. They want to preach people out of their sins and see everyone grow to maturity like yesterday. They want success now. They also have seen and admired the success of their spiritual heroes. They want to emulate their successes and enjoy the privileges that their heroes enjoy. They forget that their heroes have laboured for decades and are beginning to see and enjoy the fruit. The ministry is not like throwing popcorn in the microwave; it is like a farmer planting a seed in the ground and waiting patiently. Impatience leads to frustration and discouragement, which leads to joyless service.

Clamour for attention and platforms

Social media has made all of us into self-marketers. We have learnt how to package, parade and promote ourselves. We put ourselves out there and wait for the likes, shares and comments. We desire to take the word out, but we also want to be noticed and recognised. We clamour for attention and platforms. We want the big and famous to see and recognise us. We love the church, but we want a personal ministry venture by the side, which can be considered our initiative. So we look for praise and applause wherever we can get it, and we are shocked and unprepared when confronted, criticised or condemned. We deem ourselves experts on every issue and freely and strongly share our opinions. We will do anything to get attention, including attacking and slandering other Christians. After all, the more malicious and cynical our comments are, the more airwave they receive. We need to constantly remind ourselves that Self-praise and self-referential ministers do not point to Christ.

One blessing of ministry is the gift of regular opportunities to teach, study and read extensively. Ministers get to answer questions and have conversations with people about all kinds of spiritual and biblical topics. With this comes the temptation to have assumed holiness. To think that because you have taught something, you have lived it. And to believe that you become holy by the sheer fact that you have read and taught something. As a result, it is not uncommon to find young ministers whose self-assessment of their holiness is far from reality and whose life is screaming louder than their words. This is the failure to learn and listen to those who have gone before us and assume we know it all. We behave like that single and childless seminary graduate who wrote his dissertation on “the five definitive principles of raising children,” his bold and assuming title underwent several revisions after marriage and children came; from “five principles to raising children” to “five suggestions” and last “, help me I am dying” after the fifth child! Teaching truth and even doing it well is not the same as living it out.

An argumentative and quarrelsome spirit

Young people are inclined to be argumentative and quarrelsome. It is partly because of the eagerness and because they are just beginning to learn principles and are not fully exposed. They see things only one way and are therefore narrow-minded. They are ready to jump into every fight and burn bridges—cue in social media, which unfortunately provides a platform for both the wise and unwise. Paul warns Timothy to pursue purity, and in this context, he is concerned about a quarrelsome spirit. Paul says that an antagonistic spirit comes from an impure heart.

In our pride, we want everyone to be like us. We expect them to agree with everything we say and support all our ideas. They must fit our tradition, and we do away with them if they do not. That was the spirit of disciples when they stopped someone from casting out demons because he was not one of them. They forgot that the Lord can use anyone to advance his kingdom. We will mark and avoid them purely because they are not part of our tribe.

When not dealt with rightly and humbly, these temptations and struggles make for some angry, discouraged, and envious young preachers. They blast, shout, complain and grumble about the church and everything else. They are often discouraged and do not experience the joy of their Christian service. They do not delight in the work because they do not delight in the Lord. Their angry preaching is mistaken for powerful preaching. Their self-pity attitude is spiritualised and called suffering in the ministry. Discouraged, angry and joyless people do not make for good shepherds, nor are they examples of Christlikeness. And so, young ministers need to learn to delight in Christ and find their satisfaction in him alone because he is more than enough. John’s declaration should be every minister’s declaration, “He must increase, but I must decrease.” 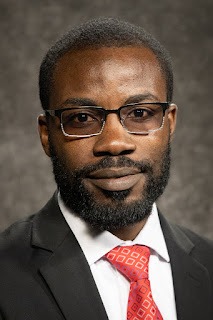 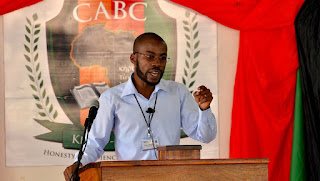